David Amram is an American Original. He has composed more than 100 orchestral and chamber music works in addition to many memorable scores for film, theatre and opera, and has conducted symphony orchestras on every continent except Antarctica. 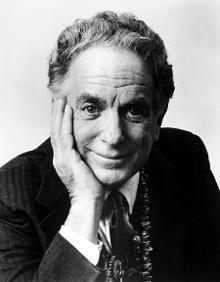 Among his classic film scores are Splendor in the Grass and The Arrangement (both directed by Elia Kazan); and The Manchurian Candidate and The Young Savages (both directed by John Frankenheimer). And, the Library of Congress has given Landmark Film Status to the 1959 art film `Beat’ classic Pull My Daisy, co-starring Jack Kerouac, Alan Ginsberg and David Amram, with a masterful music score by Amram. Its' title song has become a jazz classic and David’s signature song.

David is also recognized as a celebrated jazz, folk, Latin, Middle Eastern and Jewish, Indian and Pakistani, pan African, Celtic and Native American music artist for more than half a century; considered a musical progenitor of `world music’ (decades before the term existed); and has even recorded a country album with himself as singer, guitarist, composer and lyricist.

Friends, poets, musicians, and collaborators of David Amram talk about their experiences, personality and his music. Interviews by Michael Limnios - Click to visit the original article at Blues.gr.